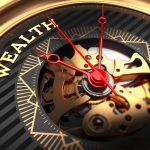 Wealth means different things to different people and that definition often changes as we move through life. There’s no right and wrong. It’s a question of perceived value. The trick is understanding and accepting what is truly important to you at any stage so you can pursue it without hesitation. For some wealth means amassing a fortune while for others it’s expanding their circle […] 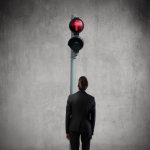 Success demands movement. Even movement in the wrong direction can provide valuable lessons…an opportunity to refine your approach and course correct. Inertia is a death rattle. Nothing kills dreams faster than a stagnant stance. If you want more out of a hobby, work, relationships…anything really, you must apply energy. Life is about experience, experimentation, and expression. If there is something you want […]

A few decades ago, when I was a reporter and the Internet came in a bulky card catalog version, I wrote an article for a New York newspaper entitled, Deal Breakers, Things to Clarify Before Saying ‘I Do’. The five key topics to cover were, according to several psychologists: family, kids, religion, sex and money. It seems little has changed and I’m […]

By now we’ve all realized that multitasking doesn’t help improve productivity. It just allows you to screw several things up in quick succession. To avoid looking like a ferret on Red Bull adopt the following four strategies. You’ll slow your roll and speed your path to career prosperity. Realize There are NO Urgent Emails: If something is important the phone will […]

Consistent readers of this blog know that my coaching practice focuses primarily on career and business matters. I typically work with motivated, ultra busy, hyper competitive, successful professionals who are looking to reach the next level in their chosen endeavor. But that doesn’t mean my clients are all work and no play. On the contrary, most have or are actively pursuing full and balanced lives […]

Given yesterday’s holiday, it’s natural to focus on all the people, events, and experiences for which you are thankful. As I reflect with family and friends, I am truly humbled by my good fortune. Over the years I’ve been the lucky recipient of the teachings of many thoughtful mentors. Together they provided the tools and perspective I needed to escape my youthful […] 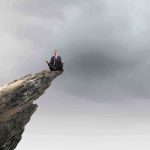 In the coming weeks we’ll talk about various actions to take to achieve the career success and life  you desire. Habits to develop, behaviors to adopt, as well as things to let go of that may be hampering your potential. But before we dive into the work, it’s important to step back and take a breath. Now don’t worry. This isn’t some flaky […]